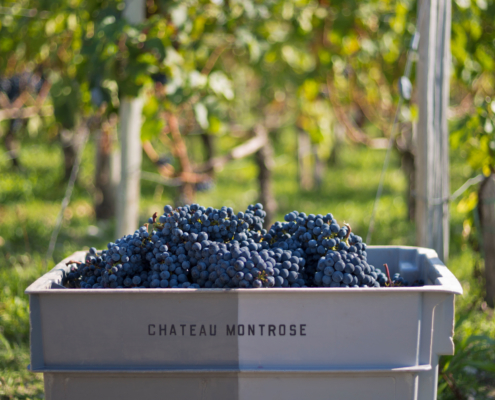 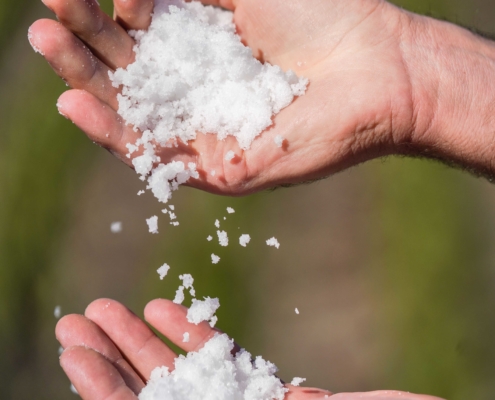 As part of its sustainable approach aimed at limiting the impact of its activity on the environment through a series of green measures applied to both vineyard and cellars, Château Montrose announces its goal for the 2020 harvest: to recycle 100% of the CO2 from its alcoholic fermentations. Using an automation system allowing the continuous capture of CO2, Montrose, the project’s pilot site, has become the world’s leading producer of potassium bicarbonate from alcoholic fermentation.

100% captured, 100% recycled
Highly committed to sustainable development for more than 15 years, Montrose has made it a priority to systematically recycle all the waste it produces. The recycling of CO2, a greenhouse gas that is very widely emitted through human activity, has become a global issue. Trialled at the property in 2018, the process for recovering CO2 from alcoholic fermentation consists in reacting the CO2 with sodium or potassium carbonate to produce the corresponding bicarbonate. During the 2019 harvest, processing of captured carbon dioxide produced 15 tonnes of sodium and potassium bicarbonate. This year Montrose aims to capture 100% of the CO2. This goal is made possible by the installation of an automated continuous CO2 capture system, and the estate, as the pilot site, is the first to be equipped with it. For the 2020 harvest, the estimated production of potassium bicarbonate will be 40 tonnes, making Montrose the first wine estate in the world to produce bulk quantities of bicarbonate from alcoholic fermentation.

Pilot site in Bordeaux
The project, initiated by the estate in 2018, has been managed by the R&D unit in partnership with Alcion – SEDE Veolia. CO2 recycling has proved its worth and appears more than ever to be the preferred solution for reducing the estate’s carbon footprint. The system consists of a network to capture the gas emitted from the tanks during fermentation and a network of columns to convert it into bicarbonate.

Bicarbonate, a virtuous product with many uses
Montrose is investigating all possible uses for bicarbonate, internally and externally.
This virtuous molecule finds many applications in the food industry, cosmetics, pharmacy and agriculture.
Resolutely turned towards the future, the approach at Montrose reflects a profound and global change to the estate. The Saint-Estèphe Grand Cru Classé, which aims to open up new paths towards more responsible viticulture that respects the environment, is regularly held up as a model in terms of viticultural and winemaking techniques and sustainable development.

AS THE LOCKDOWN IN FRANCE COMES TO AN END, CHÂTEAU MONTROSE FINALLY REVEALS...

MONTROSE ENTRUSTS THE SALE OF ITS No. 1 BICENTENARY CASE TO AUCTION HOUSE HART...